I adjusted my priorities a little this week, due to the sudden realisation that GSOC is drawing to a close.

Firstly, I added a logo to the main menu.

The logo was taken from the Thousand Parsec website and put into a CEGUI ImageSet, which is the combination of an image file and an xml file which defines the pixel locations of all images within the set. Right now, it is rather empty: 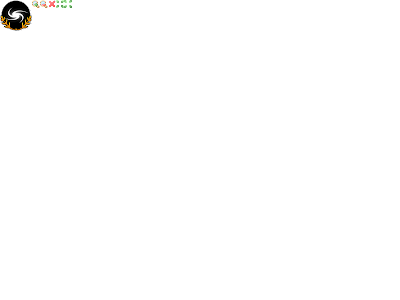 I hope to fill it up with a lot more icons and image elements to add more spice to the interface.

Next, I added a map navigation panel to the lower right of the screen. 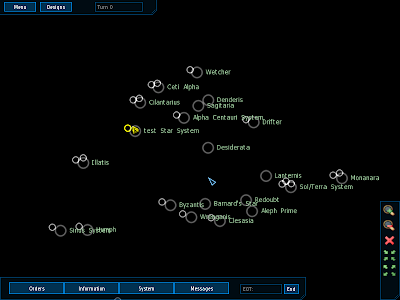 The functions of the buttons from top to bottom are zoom in, zoom out, deselect, focus on object and fit map to screen (although the last two buttons are indistinguishable at this size, one points inwards and the other outwards). The icons may be familiar already, as they come from the famous famfamfam silk icon set. I tried creating my own icons at first, but some creations should never see the light of day. With this, there will be a lot less reliance on keyboard shortcuts, hopefully making the client easier to use. The zoom buttons move in larger steps than the mousewheel zoom and are not animated, as I find the zooming animation a little slow on my older computer (it is framerate-dependent).

Lastly, I added a main menu option, allowing the user to return to the login screen gracefully. 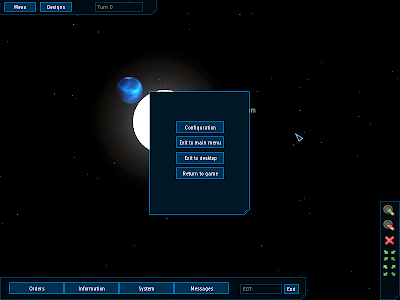 I discovered that logging in and out caused a lot of problems with the management of system resources. Models, images, interface elements and such needed to be unloaded and reloaded again, something which I could not find an "easy" solution for. In the end, I traced the loading of all the resources and added a corresponding unload command upon logging out.

Regarding the linux installer, I edited the setup.py file so that the client installs in the same manner as the wxWidgets client. With that, the debian maintainers for Thousand Parsec will be able to package the client into a .deb file, although I'm considering whether to include the binary version of Python-Ogre inside as well, so that the package can run standalone.

This week's focus has mostly been on the user interface, and I think any additional features will have to be put on hold for now, so that I can tie up the loose ends. For now, I will be writing the documentation and working on the mac installer, which is a giant time sink :)
Posted by Eugene Tan at 11:09 AM