Rendering of stars and fleets

One design issue I've run into is how to display planets and fleets in relation to star systems. Thousand Parsec uses incredibly large distances when positioning the stars in order to give a sense of scale to the game. In order to fit everything reasonably close together for the player, I've scaled down these distances. It works decently for star systems, but when it comes down to individual planets, they appear right on top of their parent systems due to scaling. 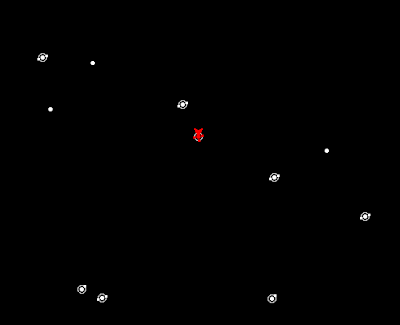 The flagship client of Thousand Parsec draws both fleets and planets as dots in a circle around their star systems. This would involve ignoring their individual locations and drawing them in an arbitrary position around the star. 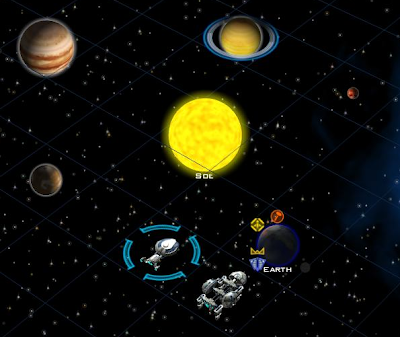 Galactic Civilisations 2 draws planets and fleets in a semi-realistic manner. What I mean is, planets are out of proportion and now that I think of it, it appears that all the planets have an equal distance from the sun. So this is not really a different approach from the above, the only difference is that fleets can move around the system (not supported in TP). 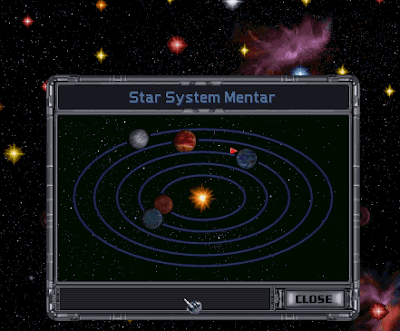 Master of Orion 2 draws star systems and fleets on the map - no planets. To view planets, one has to click on the system which brings up a window showing the individual planets. Very elegant in my opinion. 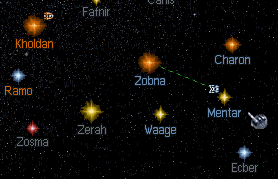 Here is another shot of how systems are drawn in relation to fleets.

4. Another method would be some kind of dynamic map which changes in detail as you zoom in and out (Homeworld style).

I guess this post has really been a thinly veiled excuse to post some nice screenshots from other games. :) Now back to work!
Posted by Eugene Tan at 7:22 PM

You forgot that in GalCiv as you zoom out the map starts to look like the tpclient-pywx - have a look at the Strategic Map screenshot.

Having some nice looking planets and stars is a probably goal, otherwise it'll just be a clone of tpclient-pywx (which is not what we want).