Today, I wanted to try my hand at colouring the fleets. This would allow the player to differentiate his forces from the enemy's. I also thought this would be a good opportunity to try and learn shader programming. I found an excellent resource: Nvidia's Cg book. But, after doing a few chapters I felt it would take too much time to learn and I wanted to have something to show by the end of the day. What I did instead was to edit the diffuse colours of each ship to match the player: 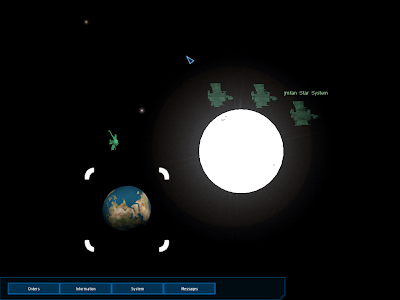 This shot is using Epyon's ship models. :) The little green ship orbiting the Terran-class planet is a scout, and those beefier types orbiting the star are frigates. Here's what another player's fleet looks like: 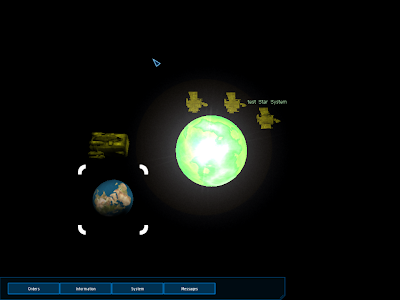 At this point, I realised that colouring the entire ship made it look a little weird, since most sci-fi ships are made of grey metals. The approach taken by most strategy games is simply to have different models for each player, or to colour certain parts of the model only. Anyway, I decided to take off the colours and just explore the system. 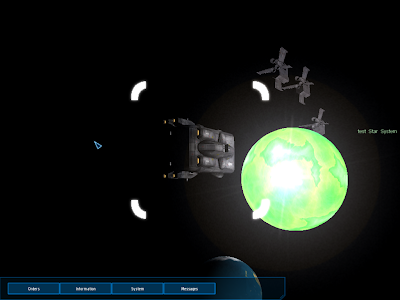 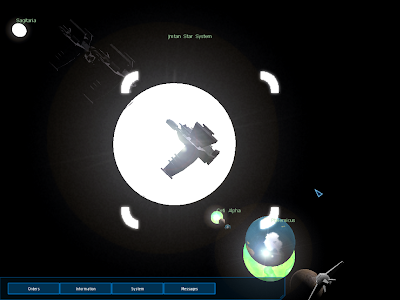 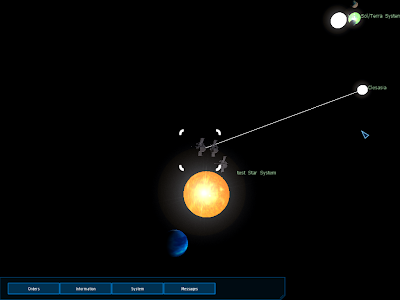 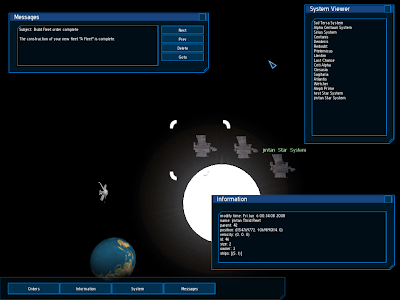